Some of my “left” friends call me a “rightist” and some of my “right” friends call me a leftist. 🙂  Frequently, people will hear me use a word to describe my beliefs, and then make up what they think I must believe in based on their misunderstanding of the word, or based on their definition of the word. It is probably fair for me to make some statements about my subjective beliefs and what I am willing and able to intellectually defend.

The above higher-level ideas guide my worldview and help me evaluate circumstances and actions. When I find a situation that I apply the above to, and it “doesn’t work, I reexamine my beliefs and update them. This is the scientific method of thinking. You can now figure out what I am going to think about a specific issue. If you are not able to do so to a high degree of accuracy, either I need to add a better description above, or you need to think better.

I value some things higher than others. Have you examined YOUR values?  It is very likely that your “Top 10” list and mine will be different. It is difficult for us to discuss things when we have different preferred outcomes. If “getting along with the ruling class” is a high and good value to you, and if “standing up for freedom” is a high and good value to me, we are likely to disagree about issues. 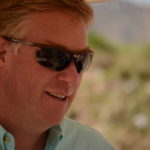 “I am already against the next war, unafraid of the next virus or variant and am disinterested in the next absurd thing a politician will say.” -Shepard Humphries

I mentioned that stoicism and voluntaryism are leading areas of interest to me, and many people are not familiar with voluntaryism, so…

More from my late friend and mentor Carl Watner about Voluntaryism

Voluntaryism is the doctrine that relations among people should be by mutual consent, or not at all. It represents a means, an end, and an insight. Voluntaryism does not argue for the specific form that voluntary arrangements will take; only that force be abandoned so that individuals in society may flourish. As it is the means which determine the end, the goal of an all voluntary society must be sought voluntarily.

People cannot be coerced into freedom. Hence, the use of the free market, education, persuasion, and non-violent resistance as the primary ways to change people’s ideas about the State. The voluntaryist insight, that all tyranny and government are grounded upon popular acceptance, explains why voluntary means are sufficient to attain that end.

Violence is never a means to knowledge. As Isabel Paterson, explained in her book, The God of the Machine, “No edict of law can impart to an individual a faculty denied him by nature. A government order cannot mend a broken leg, but it can command the mutilation of a sound body. It cannot bestow intelligence, but it can forbid the use of intelligence.” Or, as Baldy Harper used to put it, “You cannot shoot a truth!” The advocate of any form of invasive violence is in a logically precarious situation. Coercion does not convince, nor is it any kind of argument. William Godwin pointed out that force “is contrary to the nature of the intellect, which cannot but be improved by conviction and persuasion,” and “if he who employs coercion against me could mold me to his purposes by argument, no doubt, he would.. He pretends to punish me because his argument is strong; but he really punishes me because he is weak.” Violence contains none of the energies that enhance a civilized human society. At best, it is only capable of expanding the material existence of a few individuals, while narrowing the opportunities of most others.

People engage in voluntary exchanges because they anticipate improving their lot; the only individuals capable of judging the merits of an exchange are the parties to it. Voluntaryism follows naturally if no one does anything to stop it. The interplay of natural property and exchanges results in a free market price system, which conveys the necessary information needed to make intelligent economic decisions. Interventionism and collectivism make economic calculation impossible because they disrupt the free market price system. Even the smallest government intervention leads to problems which justify the call for more and more intervention. Also, “controlled” economies leave no room for new inventions, new ways of doing things, or for the “unforeseeable and unpredictable.” Free market competition is a learning process which brings about results which no one can know in advance. There is no way to tell how much harm has been done and will continue to be done by political restrictions.

The voluntary principle assures us that while we may have the possibility of choosing the worst, we also have the possibility of choosing the best. It provides us the opportunity to make things better, though it doesn’t guarantee results. While it dictates that we do not force our idea of “better” on someone else, it protects us from having someone else’s idea of “better” imposed on us by force. The use of coercion to compel virtue eliminates its possibility, for to be moral, an act must be uncoerced. If a person is compelled to act in a certain way (or threatened with government sanctions), there is nothing virtuous about his or her behavior. Freedom of choice is a necessary ingredient for the achievement of virtue. Whenever there is a chance for the good life, the risk of a bad one must also be accepted.

Common sense and reason tell us that nothing can be right by legislative enactment if it is not already right by nature. Epictetus, the Stoic, urged men to defy tyrants in such a way as to cast doubt on the necessity of government itself. “If the government directed them to do something that their reason opposed, they were to defy the government. If it told them to do what their reason would have told them to do anyway, they did not need a government.” Just as we do not require a State to dictate what is right or wrong in growing food, manufacturing textiles, or in steel-making, we do not need a government to dictate standards and procedures in any field of endeavor. “In spite of the legislature, the snow will fall when the sun is in Capricorn, and the flowers will bloom when it is in Cancer.”

Although certain services and goods are necessary to our survival, it is not essential that they be provided by the government. Voluntaryists oppose the State because it uses coercive means. The means are the seeds which bud into flower and come into fruition. It is impossible to plant the seed of coercion and then reap the flower of voluntaryism. The coercionist always proposes to compel people to do some-thing, usually by passing laws or electing politicians to office. These laws and officials depend upon physical violence to enforce their wills. Voluntary means, such as non-violent resistance, for example, violate no one’s rights. They only serve to nullify laws and politicians by ignoring them. Voluntaryism does not require of people that they violently overthrow their government, or use the electoral process to change it; merely that they shall cease to support their government, whereupon it will fall of its own dead weight. If one takes care of the means, the end will take care of itself.

It is a commonplace observation that the means one uses must be consistent with the goal one seeks. It is impossible to “wage a war for peace” or “fight politics by becoming political.” Freedom and private property are total, indivisible concepts that are compromised wherever and whenever the State exists. Since all things are related to one another in our complicated social world, if one man’s freedom or private property may be violated (regardless of the justification), then every man’s freedom and property are insecure. The superior man can only be sure of his freedom if the inferior man is secure in his rights. We often forget that we can secure our liberty only by preserving it for the most despicable and obnoxious among us, lest we set precedents that can reach us.

The Integrity, Self-Control, and Corruption Argument

It is a fact of human nature that the only person who can think with your brain is you. Neither can a person be compelled to do anything against his or her will, for each person is ultimately responsible for his or her own actions. Governments try to terrorize individuals into submitting to tyranny by grabbing their bodies as hostages and trying to destroy their spirits. This strategy is not successful against the person who harbors the Stoic attitude toward life, and who refuses to allow pain to disturb the equanimity of his or her mind, and the exercise of reason. A government might destroy one’s body or property, but it cannot injure one’s philosophy of life. – Furthermore, the voluntaryist rejects the use of political power because it can only be exercised by implicitly endorsing or using violence to accomplish one’s ends. The power to do good to others is also the power to do them harm. Power to compel people, to control other people’s lives, is what political power is all about. It violates all the basic principles of voluntaryism: might does not make right; the end never justifies the means; nor may one person coercively interfere in the life of another. Even the smallest amount of political power is dangerous. First, it reduces the capacity of at least some people to lead their own lives in their own way. Second, and more important from the voluntaryist point of view, is what it does to the person wielding the power: it corrupts that person’s character.

I am a board member of Voluntary Virtue, a libertarian charity.
I am also an ordained voluntaryist minister. 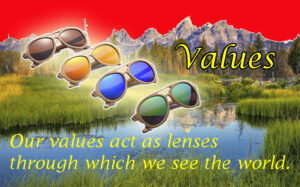